Note: I was able to find most of these books in our local library, but some are so beautiful that they make wonderful additions to your home library. Not every book is necessary for this study, but we read all of them, one at a time, during our morning story times. Stories are a wonderful way to get familiar with a culture.

Just in case the Amazon book links didn’t load on your computer, here is a written book list:

One Grain of Rice – Demi
Seasons of Splendor: Tales, Myths, and Legends of India – Jaffrey
The Ocean of Story: Fairy Tales from India – Ness
Rama and the Dragon King: An Ancient Tale from India
Robi Dobi: The Marvelous Adventures of an Indian Elephant
Rama and Sita – Weitzman
In the Heart of the Village: The World of the Indian Banyan Tree – Bash

Monkey: A Trickster Tale from India – McDermott
No Dinner!: The Story of the Old Woman and the Pumpkin
The Gifts of Wali Dad: A Tale of India and Pakistan
India (True Books) – Apte
A Crazy Day with Cobras (Magic Tree House) – Pope Osborne

To introduce your children to the vast beauty of India, watch the following videos with them.

Mapmaking is such an exciting project for children. Not only are your children learning the geography of India in a much more memorable way than fill in the blank maps, but they are learning a historic art form. I find that my children truly learn and retain their geography when they create their own maps, as they are having a visual, kinesthetic, and artistic experience while learning the geography of the region. Here is how we approached mapping India.

Begin by looking at an atlas and ask your children to locate India on the world map. Make a note that it is on the Asian continent. Then look at a map of India. Notice bordering countries and name them out loud. Ask your children if they can find the capital of India (New Delhi).

Have your children make an outline of India on their paper that includes the surrounding land. In other words, don’t make it look like an island. It is important that children know which regions border water or land.

Have your children outline all land around India with the India ink pen. They don’t need to outline any other countries’ borders unless you want them to. Have them label India and locate the capital city of New Delhi and label it. Now have them watercolor India any color they want, the surrounding land grey to show that we are not focusing on it, and the oceans blue.

Use this map or your atlas to name the oceans and seas bordering India (Arabian Sea, Indian Ocean, Bay of Bengal).

The largest and most famous river in India is the Ganges. Use this map or your atlas to locate the Ganges. Have your children draw it and label it on their maps in blue colored pencil.

Meeting the Ganges is the Yamuna river. Have your children locate it and then draw and label it on their maps.

Another large river in India is the Godavari. Ask your children to locate it and then draw and label it on their maps.

Note: India has many rivers and, if your children want to, they are welcome to add more.

Use this map to find the major mountain ranges in India (Himalayas, Western Ghats, Eastern Ghats, Satpura, Vindhyas, Patkai). Have your children mark them on their maps by using upside down V’s and labeling.

Kangchenjunga is the largest mountain in India. It is near the border between India and Nepal. Find it on the map and have your children label it on their maps by drawing a colored in triangle.

Use this map or your atlas to label a few of India’s major cities on your map. Include Mumbai (Bombay), Chennai (Madras), Agra, Calcutta, and Bangalore.

Add a compass rose to your map and a map key, and you are finished!

Learning about the wildlife of the country you are studying is equally as important as learning about the geography and cultures, as hopefully we are raising a generation that will contribute to the well being of our planet, the protection of species, and the preservation of wildlife. There is no better way to contribute to that goal than to nurture in our children, from a young age, a respect and admiration for nature and wild life.

Materials- a cutout of India (same cutout used for the first map), a large piece of thick paper, (we always use watercolor paper so that these projects last), colored pencils, india ink pen, and either block crayons or watercolors.)

Before beginning, watch the documentaries below with your children. There are three in this series.

Outline India in dark green colored pencil. Outline the land around India in grey or brown to keep the focus on India.

Click here to learn about animals that live in India. Have your children pick their favorite animals to draw on their maps. Then ask them to label the animals.

Read the book from the selection above entitled, “In the Heart of the Village.” Then have your children draw a Banyan tree on their maps.

If they would like to include more flora, click here to show them some of India’s beautiful plant life.

Have them title their maps, “Wildlife of India.”

Then, with watercolors or block crayons (or the side of a stick crayon), have your children color India green, the surrounding land gray or brown, and the ocean blue.

Click here to see a picture of the flag of India and to read about its meaning.

Then have your children draw a picture of the flag of India.

To read more about religion in India, click here.

We had a great time making these decorated Indian elephant textiles after reading the book, Robi Dobi.

Print out this decorated Indian elephant printable to trace onto your cloth.

Click on this link for directions for this wonderful craft.

A mandala is a spiritual symbol used in Indian religions, such as Hinduism and Buddhism, that represents the universe. Mandala is a sanskrit word and it literally means circle, as most mandalas have a circle center point. Mandalas are often used to aid meditation. Mandalas are not only a spiritual art form, they are often exquisitely beautiful as well.

Make Your Own Mandala:

Give each child a paper plate and another plate filled with uncooked noodles of various shapes and colors.

Then have them cover the entire inside of their paper plate with glue evenly.

Before allowing them to create their own noodle mandala, explain to them that mandalas often have repeating patterns throughout their design.

Then, allow them to create their own mandala.

Rangoli is a traditional Indian art used to decorate the floors of homes and court yards before festivals, such as Diwali. Materials used range from dyed rice, to flour, to flower petals, to colored sand. The patterns are very intricate and are often referred to as floor mandalas.

Make Your Own Rangoli Art:

I must say that before we made our own rangoli craft, we admired the pictures of rangoli we looked at and thought they were beautiful. After we attempted to make one, we were downright amazed by the pictures we saw. It is really difficult and if you “mess up” a bit, there is no easy way to fix it. My children and I admired the rangoli artists so much after attempting this craft.

Click Here for Directions to Make Your Own Rangoli Art:

Often when people think of India, beautiful henna designs come to mind. Henna is a natural dye
made from the henna tree. The dye is used to decorate hands, feet, and hair. The eve of a wedding often includes a party, during which women decorate themselves with henna.

Materials: a henna kit or a pretend henna kit for kids

All you need to do is make beautiful designs on your hands. It might be easier to create the design on the top of your children’s hands rather than the palm. It is less likely to get smeared before drying. Click here for henna designs to follow on Pinterest.

I had a great time doing this with my daughter. For my son, I created a dragon design with henna on his hand.

Yoga has become so commonplace in America and mainstream culture now that many children might not know that this is an ancient Indian practice. There are varying ideas as to its origin and intention. Some say that it is a part of the religious practice and is, in and of itself, a meditation. Others say that it is an exercise that was done to make the body strong and healthy enough so that people could sit in prayer and meditation for long periods of time without being distracted by physical ailments. Either way, it has been a part of Indian spiritual and religious practices for thousands of years.

Try a Few Yoga Poses With Your Children:

Cooking day, as I have mentioned before, is by far, my children’s favorite country study activity. If you haven’t cooked with your kids before, you might be tempted to pass over this activity, but please don’t. It is such a wonderful experience, and your children will have so much fun! My children always feel so proud of the meals they prepare. To make it even more exciting, while cooking, we love to play music from the country we are studying.

While learning about India, we decided to make tandoori chicken (on the grill), homemade naan from scratch (which was absolutely delicious and so much fun to prepare), and raita (cucumber and yogurt salad).

When we laid out our ingredients, the kids immediately recognized that we were going to be using more spices than we had ever before used in one meal. This was a great opportunity to discuss how rich Indian spices are and how spices have an important place in Indian culture, medicine, and history.
This meal was super exciting to prepare. The only part I had to take over alone was the bbq. Other than that, they were able to complete the entire meal with me. They had a blast kneading the dough for the naan and shaping it into flat ovals before frying. I hope you enjoy! 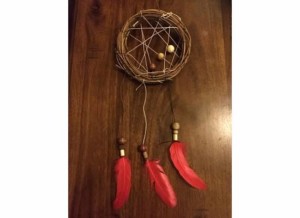 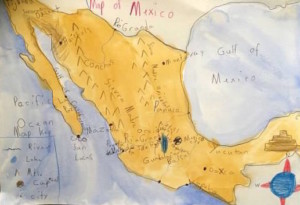 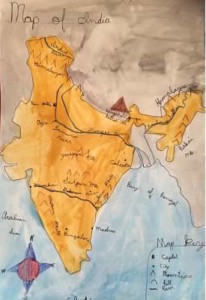 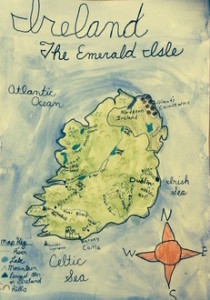 Even More Reasons to Become an Avid Reader 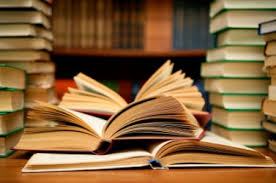 Raising and Homeschooling an Introvert 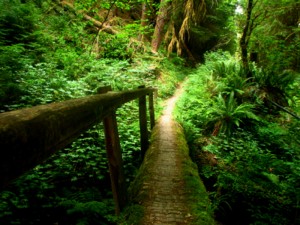 How to Start a Bookclub 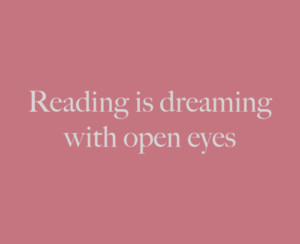 Simple Things That Help Me Stay Balance While Homeschooling 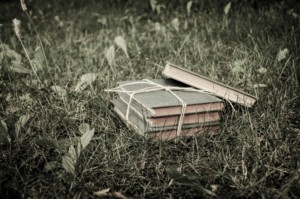 What This Site Offers and Will Offer:

Please keep up with our blog! Topics will range from all things homeschooling, to topics of interest to mothers and family life, as well as much more!

Very soon I will have an “Explore Literature” tab on the menu. This section of the site will include booklists for various ages, as well as wonderful literature for mothers. Literature and reading are cornerstones of our homeschooling, as well as my life personally, and I hope to share with you the titles that have brought wonder, joy, empathy, ethics, and adventure into our lives.

Next year I will begin creating travel adventure pages. These pages will offer full educational travel itineraries for various countries to help you create the educational trip of a lifetime. In each region, accommodations, historic sites, museums, historic re-enactments, cultural activities, and nature sites will be highlighted. There is nothing that compares to real life learning, and traveling is an amazing way to experience that. 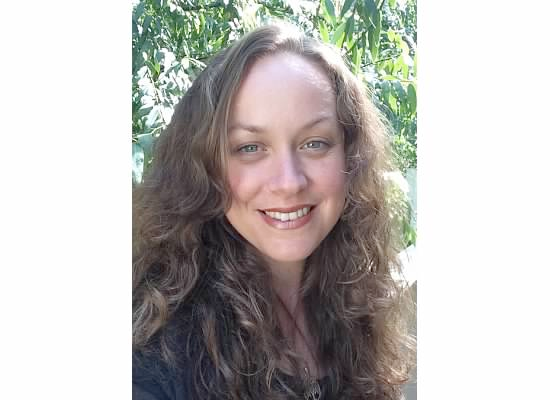 Hello! My name is Amal and I am a tea loving, historical fiction addicted, and nature dependent homeschooling mother of two wonderful children. We, along with my husband, live in Northern California, among the oaks and redwoods. We love to travel, hike, go on picnics, read, explore, and read some more! 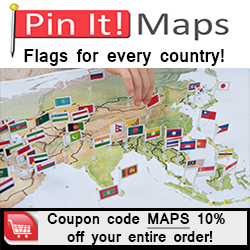 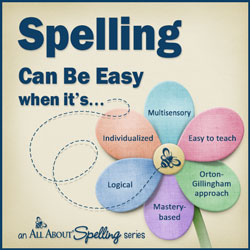 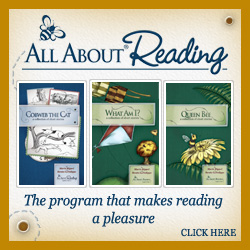 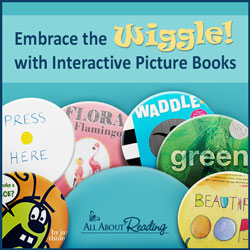